Under the DAAD Project “Reflecting Ethnicity in Legal Education” a summer school with 18 students from the SEELS Network and the Europa-Institut, was organized in Durrës, Albania, from the 3rd until the 10th of September 2017. Nine professors from Germany, the Western Balkans and Lithuania held lectures on the topic “Reflecting ethnic heterogeneity and tolerance towards national minorities in the legal education in South East Europe and Germany”.

The guest professors taught a number of courses within the scope of the school’s theme, ranging from “The Concept of Multiculturalism”, “Definition of Minority” and ”Anti-Discrimination” to ”UN Regime of Minority Protection” and “EU protection of Minority Rights”, offering as well a “Case-Study of the European Court of Human Rights”. 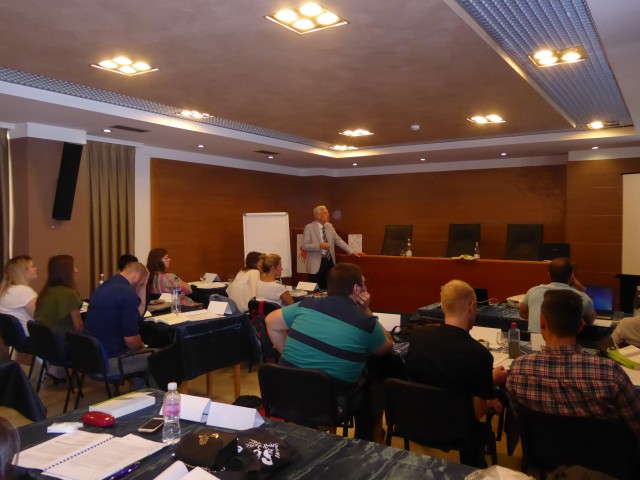 Furthermore, the students had the opportunity to pay a visit to the German Embassy in Tirana, where they were welcomed by Dr. Johannes Dietrich who informed the group about the mission of the German Diplomatic Corps and had an open discussion on current challenges faced by the European Union and its’ stance towards the Balkan Region and Accession.

Finally, the participants had the opportunity to talk to some practitioners: Mr. Xhaibra, a representative of the Roma Minority who is also the Director of the Agency of Legal Minorities in Albania, Mrs. Xhaibra, representing UN Albania, and Prof. Alimehmeti, an expert in minority rights.

The success of the summer school was stated by all its participants, highlighting in particular the importance of dissemination and awareness-raising of minorities in the Balkan region. 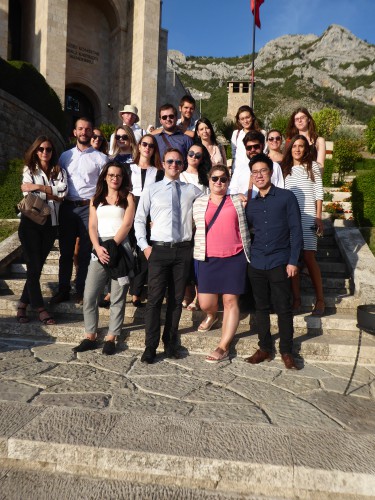