The SEE | EU Cluster of Excellence in European and International Law

Information on Cluster events during Covid-19

The SEE|EU Cluster of Excellence in European and Interatnional Law is following the situation reagding the Coronavirus global pandemic and has adjusted the annual events to the current situation by following the insturctions and recommendations of the German government, the Govermment of the Bundesrepublik Saarland and Saarland University. The Cluster is also following the situations in the countries of Cluster’s partner faculities in order to evaluate the possibilities of different project implementations.

The Summer school in 2020 will not take place in real life. We are currently working on an online format for ogranising the summer school. 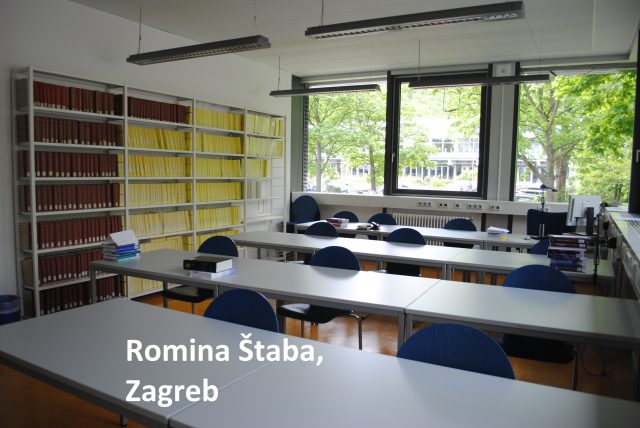 The one-month research stay at the Europa-Institut was a wonderful experience in both a scientific and social sense. In a scientific sense, researching at the Europa Institut helped me define my PhD thesis. Using the Europa-Institut’s library and its open data access, I was able to find many books and articles to define my hypothesis and find specific answers for my thesis. In a social sense, I have met so many people and we have made life lasting memories. Furthermore, with some of “Saarbrucken friends” I have already established scientific cooperation. If you want in your life a month of enjoyment while researching and working I while hearted recommend this research stay at the Europa Institut in Saarbrucken! 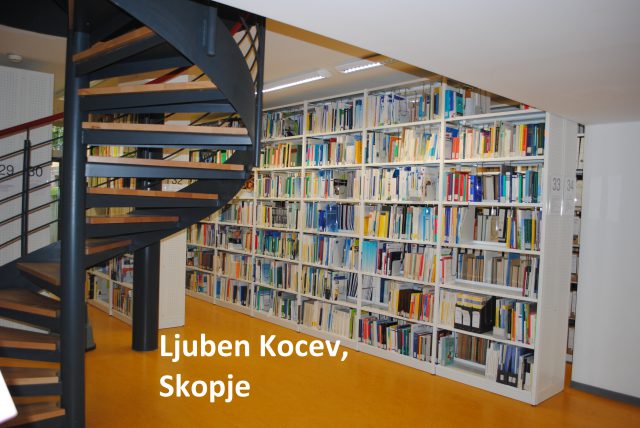 My research stay at the Europa-Institut was an excellent and truly enriching experience for me. The access to the library and the online databases has helped me immensely in the preparations stages of the writing of my PhD thesis. The library staff vas very attentive, and they helped me access the necessary literature for my field of research. During the stay I managed to obtain literature that would be very helpful not only in the initial phase of the preparation for the thesis, but also in the later stages of the writing. I was also able to dispel some concerns which I had regarding the hypothesis of my thesis, and also narrow and streamline the focus of the research. Another positive aspect of my stay was the PhD colloquium, which overlapped with the date of my research stay. During the colloquium I had a chance to meet young researchers from different countries and get to know more about their research topics and their ideas on various fields of law. The visit to the European court of Human Rights was also very positive and unique experience. The overall experience has truly been a privilege for me, and I feel honored for the opportunity to conduct a research stay at Saarland University. I would highly recommend to fellow researchers to apply for the SEE – EU Cluster of Excellence in European and International Law Scholarship. 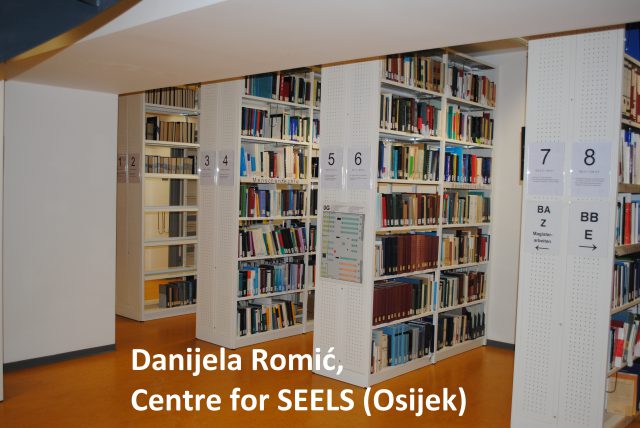 My research stay at Europa Institute and Saarland University was a very special experience for me. The university campus with all necessary facilities and extremely friendly and helpful staff underpinned to a very stimulating atmosphere for my research. Three extremely well equipped libraries provided me a scientific pool of information whom I couldn’t resist. There were moments when it seems I was a kid in the toy store: I wanted to pick up as much books and articles as I can. Personally, for the very first time I had opportunity to focus on my research for a whole month. People who I met, colleagues from different countries and academic backgrounds, all enriched my life and experience. I consider myself honored to have had the opportunity to participate in this experience and am grateful to the SEE | EU Cluster of Excellence.

We are happy to inform you that the Applications for a Research Stay at the Europa-Institut within the framework of the SEE | EU Cluster of Excellence in European and International Law in 2020 are open.

We wish every applicant the best of luck and are looking forward to your applications.

My one-month long research stay at the Europa-Institut was really in many ways a great experience. This was actually the second time that I was doing research at the Europa Institut – I have decided to come back for a number of reasons. The University is exceptionally well organized with friendly and attentive staff, hence you instantly feel at home. Within three available libraries, I easily managed to find a large number of useful and important books, as well as papers for my PhD thesis. In addition, getting to know colleagues from different countries and exchange experience with them was an exceptional pleasure and benefit. Finally, Saarbrücken is a wonderful little city and it is also positioned very well geographically, therefore it is easy to organize weekend excursions to surrounding countries, regions and cities. I strongly recommend to any interested Ph.D. candidates to come to the Europa-Institut.

Kanad Bagchi: “EU Accession to the ECHR: In Defense of the ECJ”

Comments on The Fallibility of The European Union Accession Project

Opinion 2/13 received considerable criticism from the academic world both in terms of its uncompromising stance and inaccurate reasoning.[1] That apart, literature depicting the Court of Justice of the European Union (“ECJ”/ “Court”) as a power hungry and haughty institution received a renewed boost along with increasing skepticism concerning the current status quo of the relationship between Europe’s twin courts.[2] In the melancholy that followed, it is surprising to notice the near absence of judicial deference to a constitutional court’s onerous task of striking a balance between constitutional vigil and progressive latitude. The purpose of this article is not to assuage the ECJ of all its criticisms, but to equitably measure the feasibility of an alternative outcome. In this regard, the opinion of Advocate General (“AG”) Juliane Kokott[3] presents a rather nuanced approach towards all but two objections advanced by the ECJ on the Draft Accession Agreement (“Accession Agreement”),[4] which notably has eluded critical appraisal. In what follows, the author briefly addresses the commonality of the issues that drew the attention of both the AG and the ECJ, partly to elucidate the unassailable position of the Court and partly to substantiate his own assessment of the opinion. END_OF_DOCUMENT_TOKEN_TO_BE_REPLACED

Oskar Josef Gstrein: “The European Union and its Reidentification as a Guardian of Human Rights”

Introductory note: This text is based on a public speech delivered at the University of Heidelberg as part of the “Monday Conferences” in the Summer Term of 2014.

First, I would like to thank you for inviting me to speak to you today. It is a great pleasure to share my thoughts on the topic “The European Union and its reidentification as a guardian of human rights”.

Let me say right away that we are all witnesses to a tremendously exciting phase in the development of Europe’s legal systems. For lawyers it is thus a great challenge to understand the complex constellations of the European multi-level systems in detail and even more so to illustrate them. Our topic today holds a key position in this context.

Since the beginning of the European integration movement in the aftermath of the Second World War, the relationship of the European Union and its predecessor organisations with the protection of fundamental rights has not been an easy one. The European Economic Community (EEC) (established on 25 March 1957 in Rome by its six founding nations) as well as its successor organisations, the European Community (EC) and today’s European Union (EU) are a ”creation of law”,[1] and as such they necessitate a strong link to historically and politically legitimising elements such as the safeguarding of fundamental and human rights. Only such a legitimisation can prevent the codifying of this supranational legal order[2] in a way that EU citizens would perceive as an unjustifiable subjugation.

In this context, the following question arises: What does the protection of fundamental rights need to look like in order for the EU to be perceived as just and humane and to bear out its claims to be a home for its citizens? END_OF_DOCUMENT_TOKEN_TO_BE_REPLACED

Both the Council of Europe and the European Union adhere to and try to implement the principle of equal rights and non-discrimination for all. Their respective efforts reinforce and complement one another. Since 1950, Art. 14 of the European Convention on Human Rights (ECHR) of 1950 (see below II.) has set out an accessory prohibition of discrimination based on a non-exhaustive list of problematic grounds. The exact content of this provision has been clarified by numerous decisions of the European Court of Human Rights (ECtHR). All the EU Member States are bound by the ECHR whose provisions are used by the Court of Justice of the EU (ECJ) as a means to interpret EU law. It took the Council of Europe Member States fifty years to draw up an independent and comprehensive prohibition of discrimination which is included in Protocol No. 12 of 2000. While the Protocol has meanwhile entered into force only a minority of the Convention States (and only eight of the EU Member States) have ratified it. Apparently, many of them are disinclined to give the ECtHR the final say on whether or not distinctions they make in their laws are “reasonable”. The European Union is about to accede to the ECHR, but not Protocol No. 12. END_OF_DOCUMENT_TOKEN_TO_BE_REPLACED